A Japanese man who removed mandatory censorship from pornography using artificial intelligence and resold the images was arrested on Monday for violating laws on copyright and obscenity.

43-year-old Masayuki Nakamoto reportedly made roughly 11 million yen, or nearly $100,000, by using an AI technique similar to ‘deepfakes’ which replaced the blurred genitals of pornographic stars with clear versions. 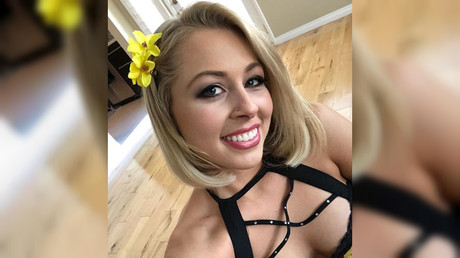 According to the Japanese news outlet NHK, Nakamoto admitted to having sold over 10,000 doctored videos and he also published ten explicit photos showing off the result of his technology on his website. As he doctored the pornography without permission, Nakamoto was arrested for violating copyright and spreading obscenity after a police cyber patrol discovered the material online.

The distribution of pornography and other “obscene objects” is illegal in Japan and punishable by up to two years in prison and a 2,500,000 yen fine. To circumvent restrictions, pornography companies self-censor the genitals of actors and actresses with a blur effect.

A cybercrime lawyer told Vice News that Nakamoto’s arrest was the “first case in Japan where police have caught an AI user,” and added that there is no specific law “criminalizing the use of AI to make such images.”

Winter storm pummels eastern US, knocking out power for tens...