The Arctic invites images of emptiness. Harsh temperatures lead to barren, sparsely populated landscapes beyond the reach of most travelers. This inaccessibility is what first drew Austrian photographer Gregor Sailer to the region.

"I like this raw atmosphere and this exciting light, where everything is exposed," he said in a video interview, explaining that the Arctic has "always fascinated" him. "On one hand, the wilderness wants to kill you, and, on the other hand, life is possible and goes on. There are things happening in these remote places that impact us all, and it's important for people to understand these developments."

Sailer's new book, "The Polar Silk Road," explores the Arctic through an architectural lens. Over the course of four years, the photographer visited Canada, Norway, Greenland and Iceland, capturing images of some of the world's northernmost structures.

"It was clear from the beginning that there was not much architecture in the Arctic, so I came back with relatively little material," Sailer said of his early trips. He later focused his attention on around a dozen remote scientific research facilities, military bases and centers for economic development and raw material extraction.

The North Warning System (NWS), an air defense early-warning radar system built jointly by the US and Canada.

Much like the region itself, these facilities are often austere and cold. Composed of sharp geometric shapes and exposed structural elements, their functional forms stand out against the bleakness of their environment.

"I want my work to show the extremely exposed nature of these facilities," Sailer said. "I try to get the impression of the whole space I am working in, and then I decide which details are important to capture in order to give outsiders access to this space."

Building in a barren landscape

While shooting the project, Sailer endured snowstorms and temperatures lower than minus 60 degrees Fahrenheit. He used an analog camera that is not reliant on batteries (which can quickly deplete in sub-freezing temperatures), giving him one less thing to worry about in extreme climates.

Working with physical film still left the photographer vulnerable to the elements, as it can be easily damaged or lost. Nevertheless, Sailer prefers working in analog: "Part of the game is risk. It increases my consciousness, makes me calmer and heightens my perception."

At face value, the structures in Sailer's images reveal little about their intended functions; antennae, satellite dishes and power lines suspended between radar towers are found in military bases and research facilities alike. But the photographer said his images are more concerned with exploring how architecture operates within the landscape.

The EastGRIP research facility in Greenland, where scientists drill into the ice sheet to understand previous climactic conditions and the behavior of ice streams.

"I wanted to capture an emptiness that isn't empty. It's important for me that viewers feel the surroundings and the dimensions of this vast, surreal landscape," he explained, adding: "I try to do that through overview shots (first), and then by going into the details, so the viewers can get a better idea of the function of these facilities."

An awareness of space is pervasive throughout "The Polar Silk Road." Sailer's photographs emphasize structures' color and shape, rather than their size, letting the emptiness give viewers a sweeping sense of the surroundings.

Some of the buildings, like air defense radar towers in Tuktoyaktuk, Canada, are built from white or gray materials that blend almost seamlessly into the pale canvas of the sky. Other photographs depict small, brightly colored buildings that stand in stark contrast to their white surroundings, like those at the EastGRIP research facility in Greenland.

The Arctic may comprise large swaths of inhospitable land, but it is now the subject of growing geopolitical interest. Actors like Russia, the United States and, more recently, China are all racing to develop new shipping routes in the region.

Fitting, then, that Sailer borrowed his project's title from China's Polar Silk Road initiative, a government-backed proposal to develop infrastructure and freight shipping in the far north. The book's name, much like its contents, speaks to the competition and cooperation that have defined international relations in the region.

Several of Sailer's photographs focus on the China-Iceland Arctic Observatory (CIAO), a joint effort between the two countries to collect data on solar-terrestrial interactions in the polar atmosphere, such as auroras. Elsewhere, Sailer depicts the North Warning System (NWS), an air defense early-warning radar system built jointly by the US and Canada.

The China-Iceland Arctic Observatory, the result of a scientific collaboration between research institutions in the two countries.

But territorial claims in the Arctic are about more than self-defense -- they are about securing control of resources hidden below the melting ice, like oil and natural gas, writes Günter Köck, coordinator of the International Research Programs of the Austrian Academy of Science, in Sailer's book.

Take, for example, the remote Arctic settlement of Tuktoyaktuk (which forms a chapter in Sailer's book) on the coast of the oil-rich Beaufort Sea. In recent decades, oil and gas companies have invested heavily in exploring and developing oil fields along the Beaufort coast. Then, in 2016, the Canadian government announced that it was contributing 200 million Canadian dollars ($158 million) towards a new highway that will "decrease the cost of living in Tuktoyaktuk... increase opportunities for business development, reduce the cost of accessing onshore and offshore oil and gas opportunities, and strengthen Canada's sovereignty in the North," according to a government press release.

Climate change 'is the motor'

There is, Sailer said, a single thread weaving together the economic, military and scientific growth documented in his book: the looming threat of climate change.

Many of the buildings he photographed in Tuktoyaktuk are under threat from the steady erosion of permafrost. With their foundations compromised, older structures are beginning to lean and sink into the ground due to the melting ice, he explained.

"Climate change is the motor behind all of the developments, and I wanted to document that," Sailer said. "If the ice wasn't disappearing, these trading routes would not appear."

Several of the facilities in Sailer's book are dedicated to understanding climate change -- like the ice-core drilling sites in Kangerlussuaq, Greenland, where international researchers analyze ice build-up over hundreds of thousands of years to better understand shifting atmospheric and weather patterns.

Sailer hopes that, by publishing "The Polar Silk Road," he can show the public how developments in the Arctic influence -- and are influenced by -- the changing climate.

"My job as a photographer is to go to these lesser-known places, where things that influence our society are happening, and bring these events to light," he said. "I offer these pictures with a hope of sparking a discussion, and with the hope that people start thinking about these topics or considering the world around them in a new way."

"The Polar Silk Road," published by Kehrer Verlag, is out now. Photographs from the series are on show at the Lumen Museum of Mountain Photography in Brunico, Italy, until April 23, 2022.

This article was updated to correctly identify the North Warning System (NWS). 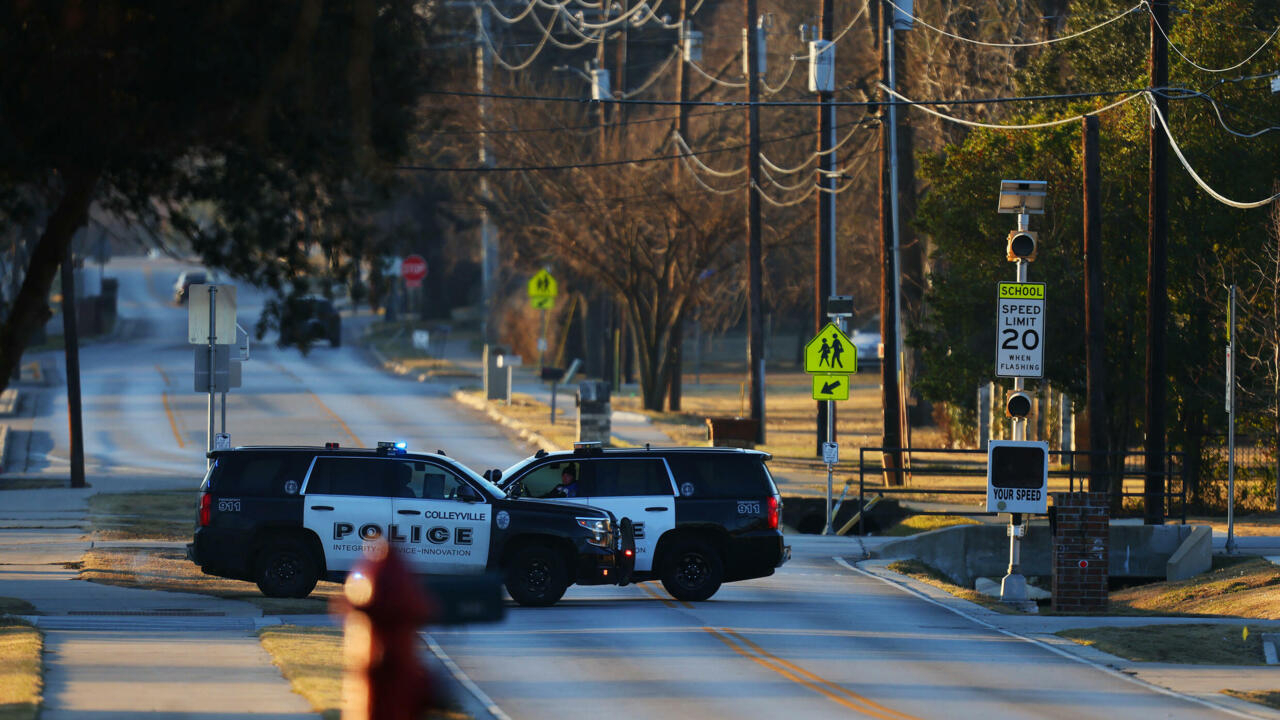 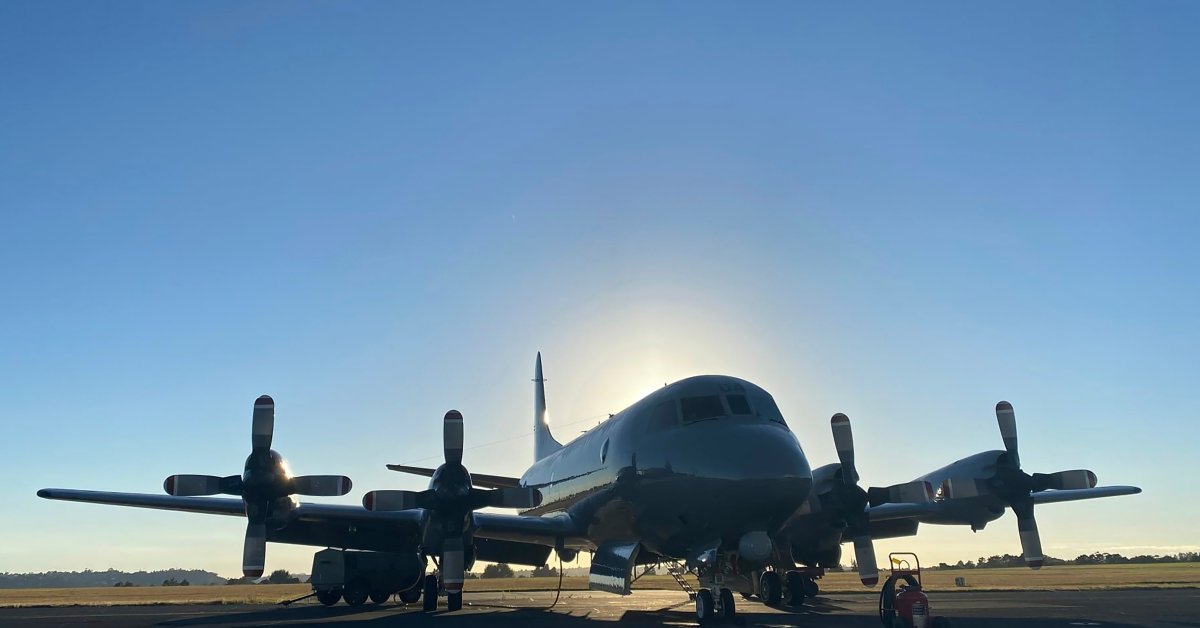 Military Flights Have Been Sent to Assess the Damage in Tong...