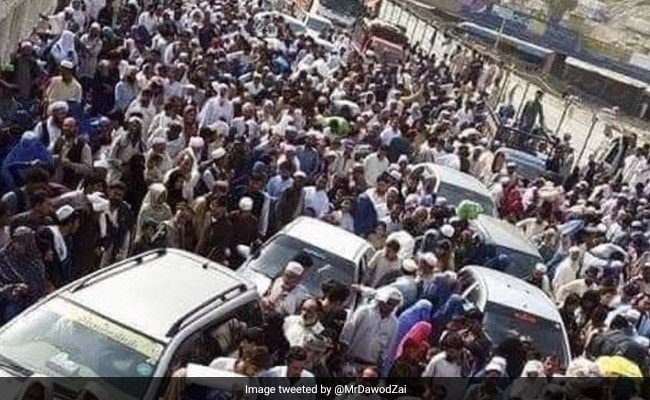 A number of Afghans gathered at the Torkham border crossing between Afghanistan and Pakistan on Friday after reports emerged about the resumption of pedestrian movement.

Thousands were waiting to cross over which prompted the Pakistani authorities to deploy additional security personnel to prevent crowding, Dawn newspaper reported.

This comes after Afghanistan's Foreign Ministry spokesperson on Friday announced the reopening of the Torkham border crossing point.

"The Torkham gate is reopened and those with passport and Pakistan visa can cross the border," Abdul Qahar Balkhi, the spokesperson for Foreign Ministry tweeted.

The reopening of the key border crossing was announced in the wake of the visit of Pakistan Foreign Minister Shah Mahmood Qureshi who visited Kabul on Thursday, Dawn reported.

Several Pakistani officials at the border said security clearance was meticulous but painstakingly slow. They also confirmed crowding at the border area.

Only 801 from among the thousands gathered at the crossing were allowed to enter Pakistan on Friday, officials said.

Every week of Joe Biden’s first year of presidency was ‘bad’...