WARNING: GRAPHIC IMAGE The unnamed woman decided to play a prank on her neighbours by walking the streets of Naucalpan de Juarez in Mexico after nightfall disguised as 'La Llorona' - which means 'The Weeping Woman'

A young woman dressed as a ghost was reportedly shot dead when a Halloween prank went wrong.

The woman decided to play a prank on her neighbours by walking the streets after sunset disguised as 'La Llorona' - Spanish for 'The Weeping Woman' - according to reports.

La Llorona is a ghost in Latin American folklore who roams the earth mourning her two children after drowning them in a river in a fit of rage when she saw her husband with another woman.

According to local residents, the unnamed woman was roaming the streets covered in a white sheet shouting "ay mis hijos" ("oh my children").

A resident filmed the woman as she walked down the street playing her prank just before she was fatally hit by several bullets.

The tragic incident took place in the neighbourhood of San Miguel Dorami in the municipality of Naucalpan de Juarez in the Mexican state of Mexico earlier this month.

The Municipal Police have not revealed the victim's name, but said she was between 20 and 25 years old.

An investigation into the incident has been launched but no arrests have been made yet.

The legend of La Llorona has been part of Hispanic culture in the South West for centuries.

The tall spirit is said to be blessed with natural beauty and long flowing black hair.

Usually, she wears a white gown and roams the streets during the night.

There are several theories about the origins of the legend but nobody knows for sure how the tale originated, Legends of America explains.

Hispanic people have reported seeing La Llorona throughout the Southwest and as far north as Montana on the banks of the Yellowstone River during the night. 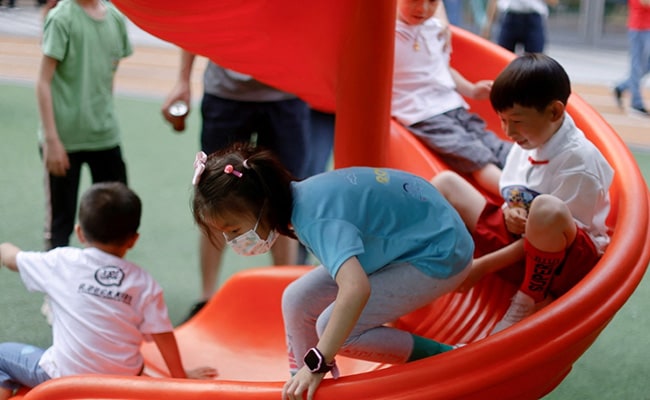